Diamond Heart Book One: Elements of the Real in Man

Elements of the Real in Man

Diamond Heart Book One: Elements of the Real in Man

We live in a world of mystery, wonder and beauty. But most of us seldom participate in this real world, being aware rather of a world that is mostly strife, suffering or meaninglessness. This situation is basically due to our not realizing and living our full human potential. This potential can be actualized by the realization and development of the human essence. The human essence is the part of us that is innate and real, and which can participate in the real world.

This series of books, Diamond Heart, is a transcription of talks I have give to inner work groups in both California and Colorado, for several years, as part of the work of these groups. The purpose of the talks is to guide and orient individuals who are engaged in doing the difficult work of essential realization.  -Author's Preface

If a person believes himself to be the ego, resulting from identifications, ideas and past experiences, then he is said to be “not in the world, but of it.” He is not aware of who he really is, of his essence. This is difficult to understand unless we are aware of our own essence, at least some of the time.

Available at Shambhala Publications or through most book retailers. 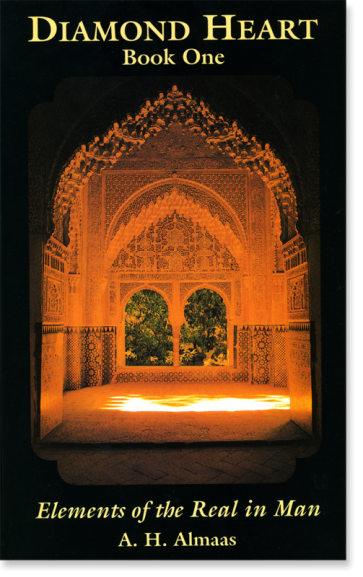