Diamond Heart Book Two: The Freedom to Be

The Freedom to Be

Diamond Heart Book Two: The Freedom to Be

We live in a world of mystery, wonder and beauty. But most of us seldom participate in this real world, being aware rather of a world that is mostly strife, suffering or meaninglessness. This situation is basically due to our not realizing and living our full human potential. This potential can be actualized by the realization and development of the human essence. The human essence is the part of us that is innate and real, and which can participate in the real world.

This series of books, Diamond Heart, is a transcription of talks I have give to inner work groups in both California and Colorado, for several years, as part of the work of these groups. The purpose of the talks is to guide and orient individuals who are engaged in doing the difficult work of essential realization. - Author's Preface

The process of freeing oneself can be seen from two complementary and interconnected points of view. The first looks at the process as self-realization, which is called self-actualization or essential development. The other point of view sees the process as liberation or freedom. Which perspective you emphasize depends on what you are aware of in yourself. There are two contenders for your attention: essence and personality, your true nature and your acquired identity. From the perspective of essence, self-realization means realizing or developing one’s essence. From the perspective of liberation, the process is seen as becoming free from the personality. In our work, these two developments go on simultaneously; they are actually one process. In the past, different systems have emphasized one or the other to the extent that at first glance they may appear contradictory. Sometimes conflicts arise because of the terminology. Those who are on the path to self-realization say, “Just realize yourself, develop your inner potential. What is this enlightenment business? There’s no such thing.” Those who are seeking liberation or enlightenment say, “What is self-realization? There’s no self to be realized. The concept of self is what you need to get rid of.”

So far in our work we have not separated the two perspectives. However, we have approached the process of freeing oneself mainly from the perspective of essential development, of becoming more and more your essence. So now we will explore further the perspective of liberation and freedom. - Chapter 1

Available at Shambhala Publications or most book retailers.

1. Hanging Loose (Read Now)
2. Mind and Essence
3. Implicit Understanding
4. Attachment and Space
5. The Teaching of No Hope
6. Acceptance
7. Change and Truth
8. Will
9. Self and Selflessness
10. Love
11. Friend and Lover
12. Being Oneself 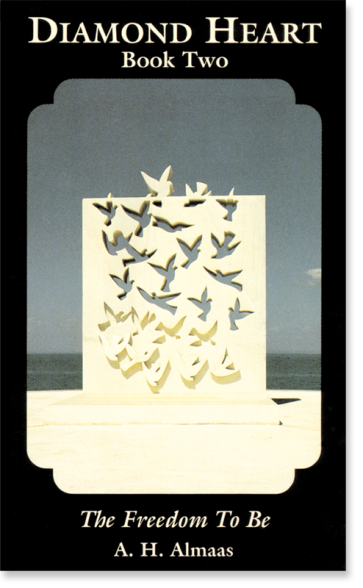