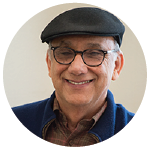 A. Hameed Ali was born in Kuwait in 1944. At the age of eighteen, he moved to the US to study at the University of California in Berkeley. Hameed was working on his PhD in physics when he reached a turning point in his life and destiny that led him to inquire into the psychological and spiritual aspects of human nature rather than the physical nature of the universe. He left the academic world to pursue an in-depth journey of inner discovery, applying his scientific precision and discipline to personal, experiential research. This included study with different teachers in different modalities, extensive reading, and continuous study of his own consciousness in an effort to understand the essential nature of human experience and reality in general. Hameed’s process of exploration led to the creation of the Ridhwan School and, with Karen Johnson, resulted in the founding and unfoldment of the Diamond Approach. He is an author of over 19 different books. 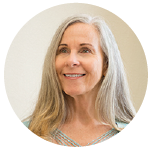 Karen Johnson is the co-developer of the Diamond Approach as it is taught in the Ridhwan School today, having worked alongside Hameed Ali (A. H. Almaas) for the last 40 years. Karen was trained in art and dance and began the journey into the spiritual universe at 14 years old with the guidance of her parents.

First, she was introduced to yoga and meditation and then learned about other forms of spiritual practice, which allowed her to develop her innate paranormal capacities. After attending California College of Arts and Crafts, she befriended Hameed Ali, and with him began a new trajectory into the secrets of the universe of Being, which became the Diamond Approach. Karen also received an MA in psychology at JFK University in 1990 and is the author of two books, The Jeweled Path: The Biography of the Diamond Approach to Inner Realization and The Power of Divine Eros: The Illuminating Force of Love in Everyday Life. She continues to venture into new explorations of the endless realms of our miraculous Nature.