In Luminous Night's Journey, Almaas shares excerpts from his personal journal, which describe a certain thread in his own journey of realization and the processes involved in integrating that realization. This publication marks a fortunate development in our knowledge of how Being is realized in and through the human soul: The process of realization and integration of true nature described in the voice of one who articulates precisely and vividly the psychological and epistemological barriers which confront the individual consciousness as realization is integrated in the context of personal life.

Almaas describes how his participation in the unfolding manifestation of Being ushers him into realms that expose and transform increasingly deep ego structures and attachments. Luminous Night's Journey clarifies how the unveiling of Being and the exposure of ego structures constitute one process, leading to the soul's integrated realization of absolute nature and the manifestation of the human being as a personal embodiment of that nature.

This book follows a particular thread in the process of self-realization. Each chapter describes a self-contained segment of this process. Thus even though the book as a whole consists of one thread, each chapter is independent. The thread that runs through all the chapters is a chain of processes and experiences I have gone through personally, and selected for this book out of a much larger field of experience. I chose this particular thread partly because of my personal interest in reviewing it, and partly because it illuminates a process rarely discussed in spiritual literature.

Most serious spiritual writings focus on the process of realization of true nature, the absolute or divine essence. This is the ultimate nature and source of ourselves and of everything. The thread I follow in this book sheds light on the obscure process of how the soul, the individual consciousness, becomes integrated into this absolute nature, as and after the source of all experience is realized. I want to relate my experience and understanding of the fact that individual consciousness does not merely die away or get discarded, and to describe how it becomes clarified and integrated. This integration turns out to be the process through which the absolute manifests as an individual human being who embodies this ultimate truth in a personal life in the world. - A. H. Almaas

Available at Shambhala Publications or most book retailers. 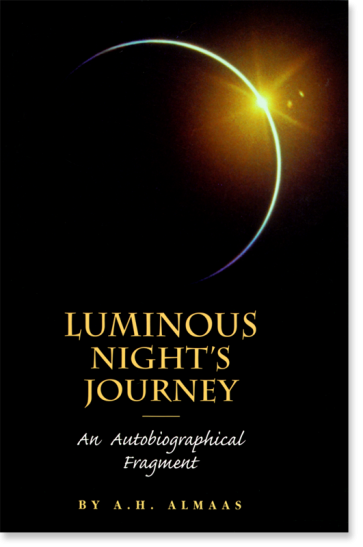